C’mon get a spine

Posted on November 4, 2018 by ColorStorm

Like most correct thinking believers, I tend to blog as I see fit, speaking of things current and past, considering the future, but always telling the truth. This is uncomfortable to be sure, and because of this confidence, many take a simple comment as ATTACKS. Saw it again just yesterday. 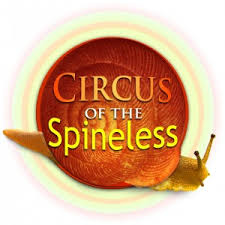 A fella did a post on Halloween, but needed the scriptures to make his point that it is actually Christians who are SCARY as he referenced the word of God in his usual mocking manner.

Being the decent person I am, I pointed out the bloggers hypocrisy in using the scriptures to tell HIS truth, but deny the same scriptures that tell him THE truth. HIS truth is of course one that is inconsistent with the truth of God’s word, such as saying Moses never lived, there was no Exodus from Egypt, no Joseph in a pit, no Daniel in a den of lions, no handwriting on the wall, no birth of Christ, no Calvary, and no empty tomb. Well, you get the point.

So is my citing an unbelievers usage of scripture and his comic book mentality toward the truth of God’s word a synonym for ATTACKING? I think not, not even in the least. Worse yet, the once named former Christian, now a proud member of the AtheistsR-us club, erased my gentle comment, and blocked any further dialog. He then ran to post his bravery to another atheist kin, boasting of how intellectually superior they are, and how he withstood the ATTACK from yours truly.

Give me a break.

I call this spineless behaviour, having no backbone, unable to discourse, and completely unable to justify a once held position. One doesn’t merely turn away from THE faith once delivered, and expect that people will not challenge your now new non-belief. One simply cannot cut off his right toe, and expect others to not notice, or care. The body of Christ is a living organism, and it appears far too many have confused this with an organization, then blame God and scripture for their own misunderstandings, failures, and shortcomings.

His loss, just pointing out the ultimate hypocrisy, but c’mon. The cowardice cannot be emphasized enough that far too many who have deconned from the faith, need to get a spine, grow up, and face the music. They may have ‘deconverted,’ they may enjoy the camaraderie of others in their same sinking ship, but the ‘attacks’ they imagine are only self-created because of their own twisted view of God and scripture. It’s that simple.

Their projection on Christians of their own dim-lit views, will not cut it. When a former Christian tells a believer he ‘is unstable and double minded,’ he is using God’s word to tell HIS truth, but is not seeing his very hypocrisy in citing a book wherein he sees nothing but lies and errors. At least have a spine and admit this.

Go quote another book to prove your point or to make your case. Leave God’s word alone. Why? Because you pretty much gave it up for Lent. You have put aside the chocolate so to speak. What you once claimed to love, you now loathe, but you cannot tolerate believers for their enjoyment of the sweet life as you call them delusional, and you are never happy until they become decons like you, and REALLY enjoy life, apart from the Creator, and His word. Yeah, good luck with that.

Is spineless then a good word? In this context yes, and for what it’s worth, I have noticed that in the atheist/infidel/unbelievers world view of evangelism, there is the utmost intolerance for common sense, the ability to reason, the carelessness of comparing things, and the lost-as-fog understanding of scripture itself.

I have never read/met/ or heard a single atheist who told the truth according to the scriptures. They can’t. So it would appear this word they like to toss around ATTACK is only their view of themselves as they are looking in the mirror and swearing they see you.

(btw, good people know I do not ban or block. Moderation when necessary is a useful tool however, as some have proved they cannot be trusted with the liberty that freedom affords. This site will not be a host to vile and pornographic crap. And yes, I am an excellent judge of this)

Blending the colorful issues of life with the unapologetic truth of scripture, while adding some gracious ferocity.
View all posts by ColorStorm →
This entry was posted in The word of God and tagged and Christians, atheists, decons, Freddie Kreuger and scripture, God's word and Halloween. Bookmark the permalink.

8 Responses to C’mon get a spine