By a dose of serendipity, or as a return visitor, you have landed in the lions den,  where you will find dogmatism,  opinion, a healthy dose of scripture, and humor. 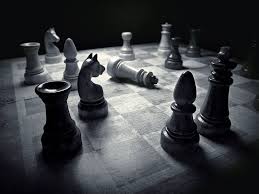 All are welcome, from the skeptic, learned, unlearned, religious, heck  just about anybody can jump on-board, where some days it is smooth sailing, and other days a whirlwind. You decide what the climate is.

On the palette is commentary from soup to nuts,  nature, the daily news, good news, bad news, culture, politics, Hollywood, sports, all running through the prism of moral and spiritual thought. No apologies here though for the perfection of God’s word.

Take the time to peruse the many categories and posts, and hopefully you will find a consistent and common theme. Feel free to comment or start a thread, as your time is the greatest of compliments.  Dialog is insisted, but caustic accusations are unnecessary; on my part, please do not confuse confidence with arrogance. Please know that the merits of scripture need no defense.

-a rainbow in the heavens points to the eternal throne of God and His unwavering promises. How great thou art.

-as sure as there is a moon above, Israel shall not cease to be a nation, and is the key to understanding prophecy.

-If God’s promises to Israel have been rescinded, then equally the christian’s promises are suspect. His promises are not dependant on man’s behaviour, but on His own intrinsic eternal perfection.

-there is the ‘rock of offence,’ a ‘stone of stumbling,’ and ‘living stones,’ all related to one another.

-one of the noblest pursuits is to live a life without guile.

-good music stirs emotions one did not know existed.

-most spiritual person: Paul the apostle, formerly known as Saul of Tarsus

-most intelligent:  Adam, the first man

-most wretched: Adam, (but we run a close second)

-yellow ocher is a beautiful color

-most cleverest  business man: Judas Iscariot. He surely appeared to be outstanding in character; if it were not for the knowledge of the spirit of God, he would have been elected ‘most likely to succeed,’ or voted for a post as elder in a church. (ah yes, the deceit and wickedness of the heart) -Romans is the most important epistle

-the writings of  F.W. Grant have an acute sense of depth rarely seen in print

-H.D. Thoreau had a sharp mind and clever wit -Sir Robert Anderson’s treatise on ‘the  silence of God’ is one of the most intelligent and clearest defenses for a quiet heaven. He masterfully explains WHY God does not manifest himself by signs and wonders; he answers the skeptic with astute observations of God’s grace; he silences the religious hypocrite; and challenges the doctrinally inept; his background at Scotland Yard was the propeller that drove him into such fine critical thinking of God’s ways with man. He clearly demonstrates the need and place to understand God’s distinct purpose for the Jew, the Gentile, and the church of God.  As far as I know, his work has yet to be proven faulty.

-it is possible to have the interpretation and not have understanding; we need both.

-years ago a man claiming to be an evangelist went on record saying it was not possible to become a Christian by simply reading the gospel of John. To this I say ‘hmmm,’ for not only is it possible, it is insisted upon by John himself, as the fourth evangelist writes of Christ alone. A very sad commentary by an alleged man of God.

-a good teacher not only relays information, but imparts inspiration to the student. May I refer you to the greatest teacher of all, Paul the apostle.

I know a man who is non christian, who has higher morals than most so called believers I have run into. (look into my posts for how this apparent discrepancy is explained)

-nature  is a haven of rest. The death quiet of the back woods where there are no mistakes is a place of unsurpassed  honesty.

-Hollywood for the most part has very little worth

-the cow is a very endearing animal

-the sound of sheep is very soothing to the ears, but first on the list is the sound of running water -favorite scent: lily of the valley; its aroma is short lived but wonderful to the senses, and especially due to its small size.

-I was discussing my lack of drawing  ability with an artist, and  was making little of my creativity on paper. Immediately I was chastised when it was said: ‘but you paint with words.’ This by far was one great compliment, which inspired me to ‘paint’ more often.

EXCERPTS FROM  the den

‘King Herod and a good word,’ from the Characters of scripture category:

No doubt this birthday party was as one might say, filled with splendor, pomp, and circumstance, where the very best of all the world’s goods were summoned to roast a king of kings. Wine, music, silver, gold, women, dignitaries, the best of food, furnishings, all were invited to this ‘great feast’ to pay homage to a man among men.

‘What color was Adam and Eve,’ from the Genesis category:

Keep in mind that the first man had a very distinct and pure lifeline to God, not tainted by sin, so I would suggest it is possible that Adam was a color we have not seen.

‘The fox and truth,’ from the Nature category:

I respect they who hunt alone, and the fox is his own man. Remember a man was called a ‘fox’ by the Lord, yes, a sly devil was he, but this man also had a word that was very good; he did what he set out to do. Not a good family tree, but even a bad guy whose word is good is to be commended.

‘The life of a hobo,’ from the Exhortation category:

Their peculiarity grew stronger and they were forced to a life of separation, whose days were fixed by the seeds of neglect. These ‘nobodies’ were made so by the artificial and unfounded opinions of people who looked on ‘outward appearance’ only.

‘If my people’ from the Israel and scripture  category:

But a far more destructive and insidious threat, is not from without, but from within. When a countries main enemies are from within its very borders, that nation’s leader must be scrutinized, for the health of a nation is in proportion to its federal head.

‘The mark of the beast’  from the same category:

The world hungers for such a man, for only 100 years ago, Europe had planted the seed for this mans germination: ‘give us a leader!’

43 Responses to About the blog