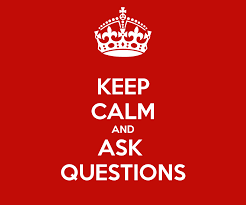 Answers are not guaranteed 😉

Ques: Maybe you would like to address the question, CS?
Why did Yahweh oblige an old man to climb a mountain?

He would have embarrassed you in your easy chair.

Moses was 120 years old when he died: his eye was not dim, nor was his natural force abated.

You will never win against the word of God. He is light years ahead of your petty claims.

Ques:   Moreover, how can you say I’m mocking the scriptures? I’m not “expressing contempt or ridicule.” I’m just pointing out to you that the scriptures you reference have absolutely nothing to do with WHY Yahweh forced Moses to climb the Mt. Sinai.

Your whole premise is not only wrong, but the issue you press is insulting.

Moses was not FORCED to CLIMB anything.

As I said: crafty

Ques:  CS; you use the word verifiable throughout this post.
Please explain how any of your assertions are verifiable?  Asked by Arkenaten (from the post ‘A flood huh, yea right’  This blogger is a photographer)

Which is easier to verify: (as in the presentation of evidence)
A rainbow created by God, or a photograph taken by ark?

Arkenatens photography of spiders, or the imprint and recording of God’s word, Christ’s word, Peters word, and the Hebrew writer’s word?

Which is more truthful:
Arks writings about butterflys, or Peter’s writing about the flood?

Which is verifiable, reliable, and truthful, and will endure:
Arks negatives, or the word of God?

The ‘presentation of evidence’ is the word of God, as factual accounting by reliable and truthful people. It is ALL verifiable, just like the image in the camera.

Ques:     What do you suppose Paul, in the 3rd Chapter of Romans, meant when he wrote: “For if the truth of God hath more abounded through my lie unto his glory, why yet am I also judged as a sinner?”  (asked by archaeopteryx1, and he tries to answer his own question)   I rather take that to mean, “If I lie in order to add to god’s glory,  where’s the harm in that?” – basically Rev. Weems’ “end-justifies-the-means”  Nov. 8. 14

No Arch, Paul was not advocating lying for the ‘greater good.’

He just explained that ‘all men are liars,’ and he included himself in that long train of misfits. The ‘lie’ was his life in opposition to God, while he thought he was doing God a favour.

This ‘lie’ abounded to God’s glory, for the grace of God can reach the most hardened.

To be fair, John is a proud-to-be atheist, and asks this question to try to prove the absurdity of the Christian faith.  He says people of faith avoid evidence and are pretty much mindless.  He says:

‘Your Creationist position represents a retardation of our species, a disease of choice, and that is why I am adamant in hoping you have no contact whatsoever with children.’     jZ

Carbon, strata, fossils, history, geography, archaeology, are all called upon as witnesses to support a theory as to the age of existence. Hmmmm. No small feat here to say with dogmatism how old the sun, moon, earth, or stars are.

To hear some give ‘proof’ of the age of the earth is not laughable but unsettling. God asks a simple question to man: ‘Where wast thou when I laid the foundations of the earth? declare, if thou hast understanding.’

To a soft heart, the answer is ‘Lord, I have no understanding in this matter, for thou alone art God.’

Is not this the point of who God is and who man is not? Are not His ways higher than the heavens? Are not His thoughts not your thoughts? Indeed, and this same God has a way of silencing the mouth of man, for even Paul argued that before a holy God every mouth is stopped.

The age of ‘creation?’ In the time it would take you to empty the Atlantic with a tablespoon, you still will have no answer.  Some say with a straight face: It’s 40 billion years old, others 10 million, others a hundred thousand, others 6 thousand, me?  ‘I have no understanding in this matter.’

1. How do you justify a ‘gun page’ with a Christian or God-fearing point of view?

Easily. Having an understanding of sin and the possible depraved acts of man, guided by the right to defend life and property puts a person in a good position to guard that which God has entrusted. The very best of arms are they unused but available.

2. Why such emphasis on Israel at this site?

I do not think it is strong enough, but the God of heaven has sworn with an oath that he would preserve this nation for a testimony unto his faithfulness  and word.

He promises to ‘bless them that bless Israel,’ they are the apple of his eye, not because they are worthy, but because God is true. The Lord was a  Jew, came to the Jews, and while they rejected him, once more, God proves himself faithful. It is a good idea to agree with God.

3. Did you write everything at ColorStorm?

There are a few pieces that were reblogged, or noted by a guest writer; it’s probably close to a handful but yes, everything was created by myself. If you note the dates, some have been around a few years, and it has been a work of patience  to repost everything here at WordPress.

4. What can a man give in exchange for his soul?

5. Adam, where are you? (asked by God when Adam sinned)

Sin creates distance, and within that long mile is a great degree of discomfort in the mind, heart, and soul. Sin brought consequences; a relationship change with women, and the ultimate pitfall: man must die,

These things being true, it is no wonder Adam sought something to hide behind, but he could not hide from the piercing scan of an all-knowing God. Adam’s sin found him out, and it finds all men.

6. What is truth? (asked by Pontius Pilate to the Lord, and take note there was no answer given)

It is worth noting however, that silence is a kind  of an answer. This insight is helpful for: ‘Ye have not, because ye ask amiss,’ and I’m certain Pilate asked amiss. He was looking for a general response, for he was curious,, and the Lord answered a fool according to his folly.

Pilate’s heart was not receptive, and the good book says not to give that which is holy to dogs. Had Pilate known he was standing before a man whose understanding was infinite, he may have received something more than nothing.

For a few more thoughts on this, please see:

7. Are you the One who is to come, or need we look for another? (asked by the baptist in jail as he doubted the Messiah)

This question is extremely interesting coming from the greatest prophet born of women. John had been given the revelation that ‘the Lamb of God’ was in fact Christ; he had previously told people that the Christ must increase, and that he must decrease; John knew by faith that the lowly carpenter would take away the sin of the world; John had baptized this One, and saw the spirit of God like a dove descend and identify the chosen; yet, in this moment of weakness, scripture records his doubt, and gives definition to our doubt as well.

Truth can withstand all scrutiny, and like the apostle Peter fearing for his life, so too can doubt creep in and act as a wedge between truth. ‘How could this be?’ John thought, as he sat in a dungeon after testifying to this Lamb of God. ‘Does it end like this?’ No John, it begins like this, for ALL who live godly in Christ Jesus shall suffer persecution, but who desires a reward like this?

John prepared his entire life for a sixth month ministry; yes, he was within his humanity to ask this question. And the answer that John received was confirmation enough, for the Messiah sent word back: ‘tell John what you have seen and heard: the deaf hear, the blind see, the lame walk, the lepers are cleansed, the dead are raised up, the poor have the gospel preached to them.’ This would be enough, but the Lord adds a gracious note: ‘Blessed is he who does not take offense at Me.”

The word of God would  satisfy the baptist’s concern, and John would be immediately humbled that the Lord could provide a blessing in exchange for his doubt. Oh how John must have dropped to his knees in that prison.

9. Could Nicodemas be ‘born again’  without water baptism?

The implication it appears, is in john three regarding the water and the spirit. The short answer here: The water is NOT baptism, as it would be morally and spiritually insulting to God and his word.

If the heart is right, and ‘It is finished’ is understood, having ‘hearts purified through faith’ is a great balm.

10. There is a teaching that the ‘lost tribes’ are the United States. Are you on board?

The tribes that James speaks of are both scattered and Jewish. They are not lost to God, that’s for sure. I would say I am ‘on board’ with God, that the United States is the United States,  and Israel, (you know, the land near the Dead Sea) is Israel.

Any teaching other than this is overboard, and any good captain would say ‘amen.’

11. Don’t you agree that contradictions in the bible prove its just another book?

You mean the ‘alleged’ contradictions. I’ve not seen one that holds up to the scrutiny. Inferences yes, half truths yes, but a defect in God’s word? As if there is a defect in God Himself.

‘Take a staff,’ ‘Take no staff,’ one donkey, two donkeys, ‘take a sword,’ ‘take no sword,’ and hundreds more that prove the exactness of scripture. God wants His people to note these distinctions, and understand why. Just another book?  Yep, just another sunrise also.

They can. I for one, think it is impossible to not see. God says ‘the fool SAYS in his heart, there is no God.’

I tend to agree with God that its not a matter of unbelief, but simply one of denial. There is a conversation in his heart, and his mind overrules what he instinctively knows. I believe our conscience separates us from the animals, in that we know what is right and what is wrong.

I do not need to be told it is wrong to steal my neighbor’s cow. Even so, the atheist denies the God part of his being.

13. Are you fearful that you may make people angry when you write about the  wrongness of same sex marriage?

The question assumes the ‘rightness,’  in which I could never agree. I spoke clearly  in  the many posts, as there is no ambiguity nor apology. Anger? I cannot be responsible for an individual’s reaction.