A man usually made it to all his son’s games, but missed this one due to an overtime job. The following conversation shows some serious amusement, between the atheist brother and the believer, with a sober summary. 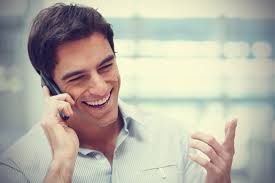 Jacob: Hey Zee, Jake here, Carol and your nephew just got back from the game.

-Zeke: Wow, sounds great, but we both know Milo can’t hit worth beans. Do you have any proof that he homered?

Jacob: Huh? (Milo heard the conversation with his uncle, as the phone was on speaker)

-Zeke: I need evidence, do you expect me to just take your word for it?

Jacob- Your sister was there. She told me. The crowd went nuts. (Milo was in tears)

-Zeke: Yea well, people see and say things, she could have been mistaken.

Jacob: Zeke,  you just asked me for proof, and I just gave you my word.  Carol was there, she saw it.

Is this narrative insultingly simplistic and unfair? Only if you think faith is a joke. We believe things all day long without thinking to question or verify because of WHO brings the report. Taking somebody at their word is called faith, it is believing without  seeing, fully trusting the evidence because of where and who it came from.

Jacob had no reason to lie to his brother about Milo’s pitching stats and his home run. And Zeke showed his foolishness for daring to question his brother in a matter that was incontrovertible.

So the question on the table: Is God’s word better than Jake’s?  Is His word MORE reliable, trustworthy, more impeccable than the word of a common man?  Isaiah asked a question: WHO believed our report? In the same fashion, Zeke would not have believed that report either, for the heart of man is ever the same.

I never hit a home run. Will a man ask for proof that I am telling the truth? At some point, faith must be engaged, else people will be lost in their own delusions. We have faith that the car coming at us at 65 mph will not suddenly veer into our lane and crush us.

We have the utmost faith and extreme confidence that when we balance our checkbook, the same arithmetic used yesterday, will be equally reliable today, and fully trustworthy tomorrow. We can faithfully rely on this absoluteness of fact. We have faith because there is evidence.

We all have faith, (yes, the atheist has faith as demonstrated) and faith in God is simply common sense aimed in another direction, and I submit, it is the right direction.

God’s word is far better than mine, and I safely say yours also. As a matter of fact, it is so good, that He recorded it, preserved it, and it will be hallmarked in eternity, as it is forever settled in heaven. To the HONEST heart it is provable, verifiable, reliable, and indestructible.

To all others it is simply paper with no more value that Time magazine. What will it take for a man to believe in the God of heaven? It’s simple. Can you believe a man hit a home run without you seeing it, based on the report of somebody who is honest?

Carol was insulted, Jacob’s word was questioned, and Zeke had fun in the playpen of his mind, trying to steal the joy from a kid, while passing off his intellect as something marvellous.

There is far more proof of God through life itself, in the heavens above and the earth below;  and the testimony of the good book confirms what the conscience knows, that evidence abounds, and man is without excuse, and I didn’t even touch the concept of love or the spirit of man.

In the beginning God. Yes, a very good word.