With apologies to Dopey

Ok, you have heard, the emerald isle by popular vote has approved gay ‘marriage.’  I’m thinking the folks have made themselves sick eating too many ‘lucky charms.’ Yep, the leprechaun worked his magic, one where people can finally embrace the new dawn and the rising of  the young and the restless. 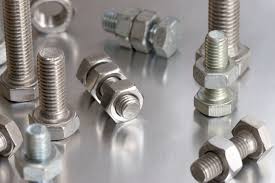 “With today’s vote, we have disclosed who we are: a generous, compassionate, bold and joyful people,” Prime Minister Enda Kenny proclaimed.

Excuse me? So the 750, ooo Irish who voted against the confederacy of a man and a man, or a woman and a woman, cannot possibly be ‘generous, compassionate, and bold?’

Kenny’s twin voice of ‘reasoning’  deputy prime minister Joan Burton, heralded such an outcome and said  the victory is a ‘magical moving moment, when the world’s beating heart is in Ireland.”

So here it is in all its colorless glory: Same sex marriage is Disneyesque, where magic and enchantment are paraded just like Snow White and her short friends. Poof! The ability to alter words and the agreement by the masses to celebrate the changing of a time-tested institution, in what was once unbelievable, is now believable and according to Ireland, has officially been made credible.

Same sex marriage is ‘magical,’ and this illusion is fueled by emotion and certainly not reasoning. What person runs to the dictionary to cut out the meaning of a tried and true word and replace it with something that cannot be? I’ll tell ya, somebody with a colorful hat and a wizards wand; for the sole purpose to justify a ‘lifestyle,’ then cloak it as freedom or rights. Newsflash: Do what you want, as a man or woman certainly may, but call it marriage? Please.

750,ooo people were not amused by the power of the wand, and have said ‘no,’ but they were outvoted, and herein lies the downfall of such things:  Majority rule hardly proves something is right.

Marriage is essentially the union of opposites. How many times do we need to repeat that the nut is not the bolt, but are perfectly matched when joined.  Two bolts will spend their days on the park bench, having awkward conversation as they may pretend that one is the nut, but no can do. 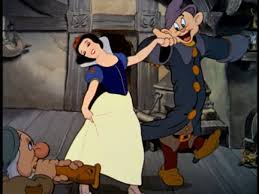 But back up to the prime ministers allegation. The giving of rights and approving same-sex marriage is proof of our ‘generosity and compassion.’ This is typical speech that hands out candy to someone who is starving, something that will never satisfy, will always leave a hunger, and is purely driven by an emotional appeal to the prurient, guaranteed to have disastrous results to individuals, as well as the island itself, (ahem, in time.)

But indeed a ‘memorable weekend’ for beautiful  Ireland, as this day will for forever be etched in the darkness of history. It appears Dopey is real…apologies little fella.

Blending the colorful issues of life with the unapologetic truth of scripture, while adding some gracious ferocity.
View all posts by ColorStorm →
This entry was posted in Redefining marriage and tagged culture, Disney and marriage, Ireland and same sex marriage, opinion, redefining marriage, Snow white and ssm, ssm. Bookmark the permalink.

51 Responses to With apologies to Dopey