So you gotta problem with religion?

‘Religion’ is a word which invariably and instantly brings to mind consternation, ridicule, scorn, and  mischaracterization, but it also brings to the mind of a good heart good thoughts and deeds. 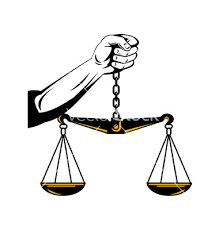 ‘Religion’ is a word representative of a truth that is unavoidable, and that truth is: none can hide from the clutches of religion’s influence, good or bad.

None can escape the talons of ‘religion,’ for it is as common as the air we breathe. I say ‘talons’ as not necessarily a bad thing, and not always a good thing. There are good dogs who look out for their masters interest, and there are bad dogs who would devour a baby. What we do reveals who we are.

Of course ‘religion’ has been accused of ‘bad things,’ and it is pointless to document the folly. But is it ultimately wise to berate the Creator for the behaviour of dogs? Is it wise to accuse God of malfeasance when the creatures act like animals? Is it wise to accuse a non thinking book with letters and words of murder, mayhem, and mischief?

Does God’s word incite and inspire riot in the name of ‘religion?’ I’m here to tell you that God as always, stands unaccused and perfect. He is flawless, changeless, immutable, and He has no scars of misdeeds. ‘Religion’ is father to many vices, take is-lam for example, where the devotees are asked to do something that its leaders would never do, ie, kill others or themselves.

The God of heaven asks no such thing.

All false ‘religions’ have one thing in common: they expect payment of some sort for a life ‘well spent.’ Uh no, as the God of heaven has already made payment. ‘Religion’ demands a tally of good against bad, with of course the suggestion that the good outweighs the bad, and this is quite attractive but clearly deceptive, as ‘religion’ does not take into account a broken scale, one that does not weigh with perfect righteousness.

‘Religion’ sprays out the voice that God STILL has many things to say by way of added revelation; things He allegedly forgot to include in the scriptures such as Plates, New Age truth, the so-called Christian Science of Eddy Baker, or the new and improved discoveries of ‘scholars’ who can prove Moses never lived. Yuck, ugh, and triple ouch.

Truly, if Saul slayed his thousands, ‘religion’ has slain its tens of thousands. Yet, this only proves God’s word is true, and every man a liar. There is no defect nor shadow of turning in God. Now we the people………….yep, here is the rub.

Soooo, religion bad? Uh, depends on your definition. If you take it to mean this popular opinion by a proud member of the atheist community, then yes, it is bad:

religion (the belief in and worship of a superhuman controlling power, especially a personal God or gods)

Really? Are you sure bout that? Then why do you rail at God’s definition of religion which is this:

‘Pure religion and undefiled before God and the Father is this: to visit the Fatherless and widows in their affliction, and to keep oneself unspotted from the world.’

I’ll tell you who: a pure fool.

And what fool could possibly open his mouth to cry ‘no fair!’ at God’s wonderful expression of pure religion?

I dare you to find fault, as you cannot. And of course, God’s word always has the most excellent final word. Religions of the world? Eh, they are a dime a dozen, and have many disciples of doom. Pure religion? Ah, now there is a bus filled with so few passengers. Of course, as God’s word is true, and His indictment is for our good.

Me? Not so religious. But doncha tire of hearing from people who despise scripture, as they malign believers  and God. This false zeal known as religion proves that the unbeliever, (to borrow his own words) is more religious than  believers. (yep, to say ‘there is no God……..takes quite a bit to evict the Landlord from His own real estate. A superhuman and religiously dedicated proposition I tell ya.) Ouch.

‘Pure religion’ is mocked. Of course it is, as it does not serve the purpose of the reality and truth of God and scripture to they who defend their religious zeal with absolute godlessness.  If men would but hold the scales in equity!

Blending the colorful issues of life with the unapologetic truth of scripture, while adding some gracious ferocity.
View all posts by ColorStorm →
This entry was posted in Exhortation and tagged christianity and religion, God, religion and pure religion, the scales of truth, unbelief religion and scripture. Bookmark the permalink.

18 Responses to So you gotta problem with religion?