Well, this is deeper yet

Imagine the last vid as an appetizer if you will, to this, something better.  So we know next to nothing regarding the fountains of the great deep; those depths of waters clearly above our limited understanding of what lives beneath the surface of the world’s waters, how they live, where there live, why they survive, the pressures, the ridiculous contrast of the stars above with the waters below, yes, truly we are put in our place of humble shame, and rightly so, but we can still say: awe. 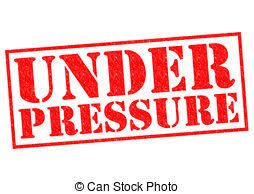 But it gets even more troubling and even more humbling than just realizing the heights and depths of creation.

Troubling in the best possible way, and humbling in the most necessary way, for as usual, nature is the finest of teachers. The word for the day is ‘pressure,’ and we understood from the vid there is sensational pressure underwater unbearable to humans. As it should be, as we do not have the ‘flesh’ to withstand that kind of life.

Now put in context the son of God with the pressure of impending Calvary; what MUST be faced there, what load must be put upon Him, tasting death for every man, while being made sin, having never sinned! PRESSURE? Uh hello, yes.

Pressure such as you and I couldn’t understand at ten, let alone twenty fathoms under the sea, where ALL THE WAVES AND BILLOWS HAVE COME OVER ME…. ‘O my God,’ would be the cry by the man Christ Jesus, as He withstood the pressure to ‘come down from the cross and save thyself.’ No. He withstood the pressure, and the unmitigated full and complete wrath of God. Against what? Against ungodliness of course.

Do not the rising waters of Noah speak to this entirety? Of course, for there was nothing in the world uncovered, as there was no sin on earth that Christ did not put away.  But truth be told, while He would be scorned by God, He would ever and always be in the bosom of the Father who delights in the son of His love. Such is the perfectly wrapped doctrine of the Godhead.

So while the window cracked in the sub of Picard at 10k meters, the Lord Christ withstood it all, the pressure, the separation, and became the payment for a bankrupt world gone sideways,  and in His final act of absolute surrender to the will of God, He bowed his head, not in defeat, but in the most marvellous act of worship, obedience, and beautiful testimony to those words: it is finished.

Talk about love. This was more than talk.

Blending the colorful issues of life with the unapologetic truth of scripture, while adding some gracious ferocity.
View all posts by ColorStorm →
This entry was posted in The person of Christ and tagged Calvary, Christ, flood sin, noah, the love of God. Bookmark the permalink.

24 Responses to Well, this is deeper yet