It’s just blood after all

Science has discovered what God had designed all along; there is a similarity between the physical make up of man (no apologies to the neuter non anthropos offendees who do not appreciate the word woman included in man),  with the mineral properties of dirt. 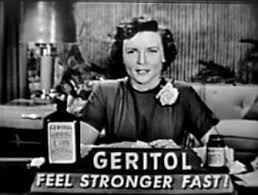 ‘The life of the flesh is in the blood,’ says the good book, and:  ‘God hath made of one blood all nations of men for to dwell on all the face of the earth, and hath determined the times before appointed, and the bounds of their habitation,’  and once more we see the wisdom of God in His very creation.

Yes, it is worth repeating:  The life of the flesh is in the blood, and let’s see, how many thousands of years ago was this written….Oh the utter soundness of the word of God.

Imagine, blood made from dirt.

The Red Cross has a good motto: ‘Give blood,’ and by so doing, give life. Iron in dirt. Iron in human blood. Let the disciples of unbelief chew on this thought, for if man does not laud this truth of God, even the very earthworms will sing the praises of the Creator.

Kids playing in the woods eating dirt had it right, as they innately knew there was no real danger in a stomach of brown putty.  Yep, Samson was ‘strong as iron,’ a phrase verifying the natural make up of a man who was made perfect and lacked nothing.

God made man from the dust of the earth, naturally only He would think to include the vitals of iron in the blood. God’s ways are clearly seen in blood banks and labs; He is glorified by the sciences as they confirm His genius. The spinning of blood and plasma sing the song of creation and redemption, for even a novice at the bench cannot in his right mind deny the Creator.

When Abel  died, we are reminded that not only did his life end, but that the earth received his blood, a devastating lesson as God said to Cain: ‘What hast thou done? the voice of thy brother’s blood crieth unto me from the ground.’

To the believer, this word is sweet, and the blood testifies of a love that cannot be measured. To the unbeliever, the perfect blood of Christ is an indictment against the pride of man.

Blood speaks of life, birth, hope, giving, sharing, loving, trauma, death, life poured out, covenants, vice, but it rarely speaks of waste, (unless of course, a man takes a life). Men cast aside dirt as ‘useless,’ and make a grave mistake, for everything made by God has purpose.

Can you hear the cry of Abel whose righteous life testifies to the crime of his brother, and can you see the beauty in the precious blood of life?

To deny the Lord of redemption is one thing; to refuse He who owns the title deed to earth by virtue of creation is inexcusable; who wants to live as a simple trespasser on another’s property…..?

To refuse Him who speaks from heaven is to agree with they who approved the death of Christ: ‘His blood be upon us, and our children.’ Not too smart.

Blending the colorful issues of life with the unapologetic truth of scripture, while adding some gracious ferocity.
View all posts by ColorStorm →
This entry was posted in Genesis- in the beginning and tagged and scrioture, blood, creation and blood, iron and blood, science, sin. Bookmark the permalink.

48 Responses to It’s just blood after all