The Lord was assembling they who would be the epicenter of a revolution, (after all, they did turn the world upside down) and He selected them carefully. There was Andrew, who told Simon: ‘the Messiah is here,’ and we can easily forget that Peter was brought to the Lord by his brother. The Lord then called Philip, who was of the same city as the two, Bethsaida. ‘Follow me,’ was enough, as the word of God has power unto life.

Philip proved himself the evangelist and found Nathanael: ‘We have found He who Moses in the law, and in the prophets did write, Jesus of Nazareth, son of Joseph.’  Indeed, the testimony of the scriptures point to the Anointed One, whereby in him the truth of God would be verified.

And what followed was a dazzling mark of inspiration in scripture, as Nathanael instinctively said:

‘Can any good thing come out of Nazareth?‘

Don’t you love this text? The immediate response by a man who had an opinion of a city because it was on ‘the other side of the tracks.’ His brutal and unvarnished honesty is commendable.  Nazareth ha, population under a thousand, had a reputation and in that, the wisdom of God is shown, for the foolishness of God is wiser than men.

Philip said to him, ‘C’mon, I’ll show you.’  The Lord sees Nathanael walking to Him and says: ‘Behold an Israelite indeed, in whom is no guile!’ Nathanael says ‘From where do you know me?’  Note what the Lord said: ‘Before Philip called you, when you were under the fig tree, I saw you.’  Nathanael was immediately arrested in his conscience.

Yes, it would be safe to say that Nathanael was under a tree alone and apart, far from the eye of man, and what little we know of this man suggests he was somewhat of a loner as well as a scholar. And at the Lord’s ‘seeing’ him there, he said ‘Rabbi, thou art the son of God, thou art the King of Israel.’

Now here was an Apollos type, mighty in the scriptures, for he was able to identify these Godlike traits of David’s greater son.  Remember it was Paul the apostle that upon his conversion, preached in the synagogue that the Lord was son of God. This was a huge admission.

Yet, the Lord said quickly, ‘You believe because I saw you under the fig tree? You will see greater things than these,’ and He then adds: ‘Verily, verily, I say unto you, hereafter ye shall see heaven open, and the angels of God ascending and descending upon the Son of man.’  Yes, these words spoken to Nathanael.

Nazareth became  eternally significant, and it is clear that many individuals have made criminal attempts to erase it from the page of history. So it goes: ‘Real scholars know there was no such town.’ ‘It has long been proved that Nazareth was a mythical city used simply to supply the narrative for a new preacher with an old message.’  ‘The town was purely fabricated by people to invent a religion.’ 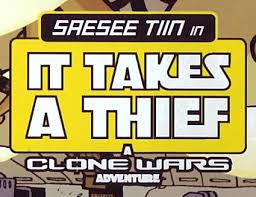 Where is my ‘yawn’ button? Of course one must do away with the city of Nazareth, as it supposedly does away with He whose goings are from everlasting. Listen to scripture:

And in the sixth month, the angel Gabriel was sent from God unto a city of Galilee named Nazareth, to a virgin espoused to a man whose name was Joseph, of the house of David; and the virgin’s name was Mary.

And he came and dwelt in a city called Nazareth: that it might be fulfilled which was spoken by the prophets, He shall be called a Nazarene.

‘In the name of Jesus Christ of Nazareth,  rise up and walk.’  -Peter

‘I truly thought with myself, that I ought to do many things contrary to the name of Jesus of Nazareth.‘  -Paul

NathanaEL (given of God)

GabriEL  (God is my strength)

EmmanuEL  (God with us)

Is it any wonder that the destroyer and ‘commander in thief’ would suggest with that hideous whisper that Nazareth was a fable?  EL Shaddai, EL Elyon, indeed  the God of Abraham, Isaac, and Jacob, testify to the lowly city, from whence came David’s greater son.

And the Israelite, in whom was no guile, attested to the KING OF KINGS, AND LORD OF LORDS.

Blending the colorful issues of life with the unapologetic truth of scripture, while adding some gracious ferocity.
View all posts by ColorStorm →
This entry was posted in Characters of scripture and tagged Guileless nathanael, Nathanael, Nazareth and nathanael. Bookmark the permalink.