I’ll betcha so few farmers are non believers, as God has a soft spot for the salt of the earth. Farming is the epitome of man’s dominion over the earth shown in the care for livestock, the plowing of the earth, the reaping of the fruit of his hands at harvest, and a simple life of well, faith. 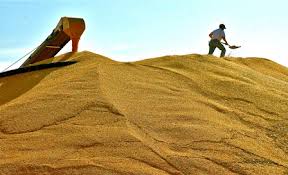 Simple perhaps, as in a lack of extravagance, but not one devoid of riches. The often elusive sleep to so many is a reward to the farmer for a day well spent. It is up with the chickens as they announce a new dawn.

There are tractors to repair, auctions to attend, neighbors to help, roofs to patch, firewood to split, hay to bale, eggs and pumpkins to sell, corn cribs to fill, wounds to ignore, barns to mend, spouses to consider,  regulatory visits to deal with, post holes to dig, surveys to study, animals to feed, buildings to design, manure to spread, and yes, no time for the luxury of writing essays as there are coyotes to shoot so they do not eat another lamb.

After supper, there may be some time for reading the works of Plato, the adventures of Marco Polo, Shakespeare, or even the wisdom of the modern dance pioneer Isadora Duncan, and of course, the scriptures, to hold in context all of life. Most farmers are well read but keep their learning under their roof. I would think farmers rarely bother with profitless discussions of a Godless creation, yet do not turn away when opportunity knocks.

Farming is not for the lazy, yet many an industrious person does not work the fields. (There are just as many carpenters, pipefitters, roofers, nurse aides, electricians, painters, seamstresses, road workers, computer techs, and etc, who work from sun up to sun down and sleep rather well for labor that exhausted the body.) He giveth His beloved sleep.

Look at the hands of a man or woman farmer or tradesman, and I’ll show you a set of honest hands. Yes means yes, and no means no. The word is sure. His word is good as bread, as the saying goes, and we so much appreciate it when we can say to another, ‘he can be trusted.’ What a compliment in a society where many cannot be trusted.

The farmer plants seed by faith, and hopes the return is good, yet prepares if it is not. Farmers are prudent. Farmers are stewards of another mans property, for he knows the dirt is not really his. Farmers are wise.

The farmer knows that ‘by the voice of the Lord the hinds do calve,’ yet is ever ready to assist when the mother is struggling.  He is not afraid to speak of the majesty of the Lord, for he sees the hand of God in a thousand daily ways.

When driving through the countryside, I see acres and acres of tended land, and I thank God for the farmers of the earth. And by the way, all property owners and any person who works displays some kind of farming traits, for it all begins with rise and shine.

Lastly, I remember Joseph and his wise handling knowing the forecast of a seven year drought, and how he prepared with storage of the food. Some good farming there. And much more can be said about the ‘salt of the earth,’ as well as the light that should not be covered with a bushel, but that’s for another day.

Blending the colorful issues of life with the unapologetic truth of scripture, while adding some gracious ferocity.
View all posts by ColorStorm →
This entry was posted in Homespun and tagged farmers and scripture, farming and life, harvest and farming, the farmer and God, work ethic. Bookmark the permalink.

61 Responses to Rise and shine