Some of you may have never heard of Arnold Palmer, (highly unlikely though) some may not even care even though hearing of him, but he died yesterday at the ripe age of 87. The earth will cry for such a vacancy. Why? Because he played golf? Because an airport was named after him? Because he was a legend in his field? Because he owned car dealerships? Because he had his own brand of iced tea? Well yes, come to think of it.

Arnold Palmer was a good man. Period. And the good things that flowed from his life were testament to the old adage: in all labor there is profit, but more importantly, a good name is far better than rubies.

He died with his good name being intact. There were no Enquirer  shamings, he was not the goat for sports fodder, he was not a clown when interviewed, and he spoke well of others who were caught in the trap of personal shortcomings, yes, here was a good man.

His trademark logo the umbrella was fitting in its simplicity, unassuming but clever. There will no doubt be a documentary made about his life and times; the business connections and companies that carried his reputation, his ambassadorship on and off the links, but most of all, how he strived to live a life of character. And he was a character, and time will prove his influence on younger people who learned about the hows and whys of winning and losing.

Western PA lost a very good man, and I suppose there will be a long procession with a glass raised to his memory.  But the sports world should also pay attention that a man of this caliber did not call attention to himself, that it would have been unheard of for him to disgrace the National anthem by drawing attention to himself.

There was a reason his followers were dubbed  ‘Arnie’s Army.’  Sure, they loved his golfing, but moreso, they appreciated his love for family, faith, and principle. They just don’t make em like that any more some may say. You can tell a lot about a man on a golf course; what comes out of his mouth when things go south, what he says when things are going well, his demeanor, what he thinks of his opponents, what he says about others, what excuses he has or avoids, his utmost honesty, so yeah, his army recognized a rare and good man. 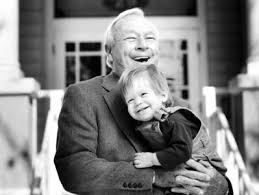 It was said some years ago by the talking heads of golf television that Mr. Palmer should not compete, ‘he is too old,’ ‘he does not have the game,’ and such narrow-minded comments were offered by men who did not see the big picture.

They just did not get it. At that point in his waning years of life, it was never about golf. People knew that they were watching a legend of a man, and whether the ball found the fairway off the tee was moot. They were there. They were with him, because they knew his days were coming to a close.  So we raise a toast and tee to a man who was a bright spot on the earth, and maybe even an umbrella.

The memory of the just shall be blessed.

Blending the colorful issues of life with the unapologetic truth of scripture, while adding some gracious ferocity.
View all posts by ColorStorm →
This entry was posted in Sports and tagged arnold palmer, character and sports, sports legends, golf and arnold palmer. Bookmark the permalink.